I began teaching high school in the Torrance Unified School District at West High School in 1990. I was hired as a teacher and the Head Coach for the Girls and Boys Volleyball teams. I taught U.S. History, Economics, Economics AP, World History, and American Government at West until I was selected as the Assistant Principal at Calle Mayor Middle School. During my teaching and coaching time, I attended night school to receive my Masters in Education and California Administrative Services credential. I was the advisor for the Christian Club and was able to start a West area Young Life Club to reach the high school students with the gospel.
Once at Calle Mayor Middle School, I began learning how to serve as an administrator at a high performing school. Calle Mayor was awarded the National Blue Ribbon award for excellence during my first year as the Assistant Principal. During my second year at Calle, I began attending night school at USC to earn my Doctorate of Education. After two years at Calle Mayor, I was named Assistant Principal at J. H. Hull Middle School and served there for two years. After two years at Hull, I was promoted to Principal for Bert Lynn Middle School in Torrance.
Bert Lynn Middle School was already a strong academic school when I became Principal. While at Lynn, I was able to help the school continue to grow and improve every year. The teachers and staff at Lynn were dedicated to seeing all students succeed and after 6 years, the school had received two California Distinguished School awards and we were the highest scoring middle school in the district. My last year at Lynn, we were nominated for a National Blue Ribbon award and received the award in 2006. During my time at Lynn in 2001, I earned my Ed. D. from the USC Rossier School of Education in Educational Administration.
In 2005, I accepted the position as Director, Secondary Education in the Tustin Unified School District. Tustin Unified is a very high performing school district with a diverse group of students in three comprehensive high schools, six middle schools and one continuation school. As Director, I supervised the curriculum, instruction, student services, textbook adoptions, specialty programs, and all other duties related to high school and middle school. In Tustin Unified, I was able to work with teams to develop an Early College Partnership with Irvine Valley College, built engineering and biomedical programs, implemented Response to Instruction in high schools, helped start a 1 to 1 laptop program, earned over $1 million in grant funding, and supported schools to continually improve academically every year for seven years. God has blessed me so much and I thank him for his continual faithfulness.
My heart and passion is for the Lord to use our school to support the maturity of students destined to do great things for God. Ephesians 4:14-15 states, “so that we may no longer be children, tossed to and fro by the waves and carried about by every wind of doctrine, by human cunning, by craftiness in deceitful schemes. 15 Rather, speaking the truth in love, we are to grow up in every way into him who is the head, into Christ.” 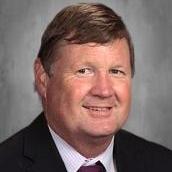