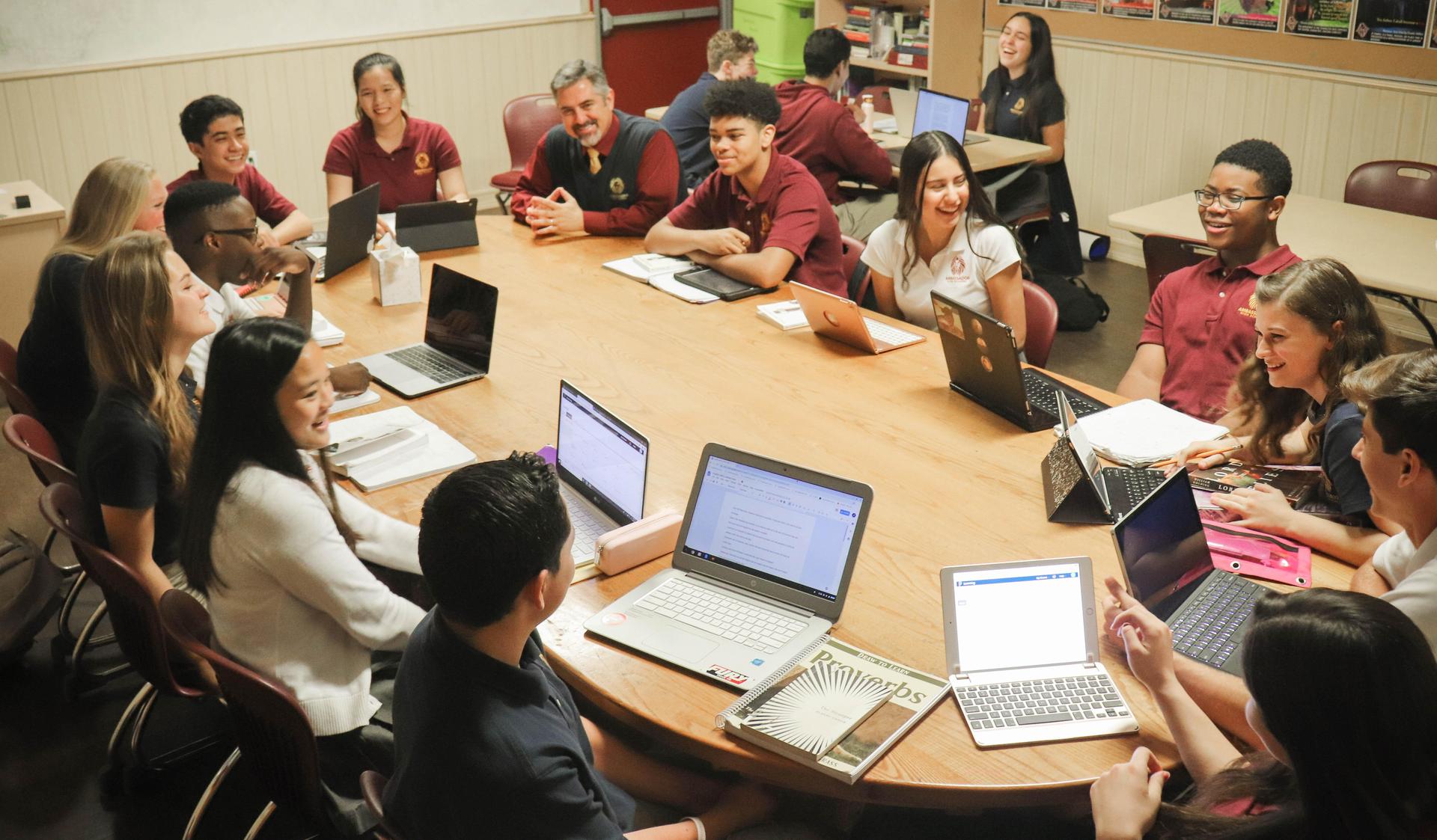 In 1930, philanthropist Edward Harkness made a substantial donation to Phillips Exeter Academy in New Hampshire and stated his vision for academics: a scenario in which small groups of students, “could sit around the table with a teacher who would talk with them and instruct them by a sort of tutorial or conference method, where the average or below average boy would feel encouraged to speak up, present his difficulties, and the teacher would know. . . what his difficulties were . . . This would be a real revolution in methods.”

The result of this donation was “Harkness Teaching,” in which a teacher and a group of students work together, exchange ideas and information, around a table. After extensive training at Phillips Exeter Academy in 2013 and years of putting the method to practice, Harkness Teaching is utilized at Ambassador to help students thrive in the classroom.

Students watch lectures and complete their readings at home while asking questions of peers and teachers via online discussions. The following day students begin concept engagement in the classroom around the Harkness table with guidance and facilitation from the teacher. Through this type of instruction, students learn to think critically, listen analytically, and interact respectfully. 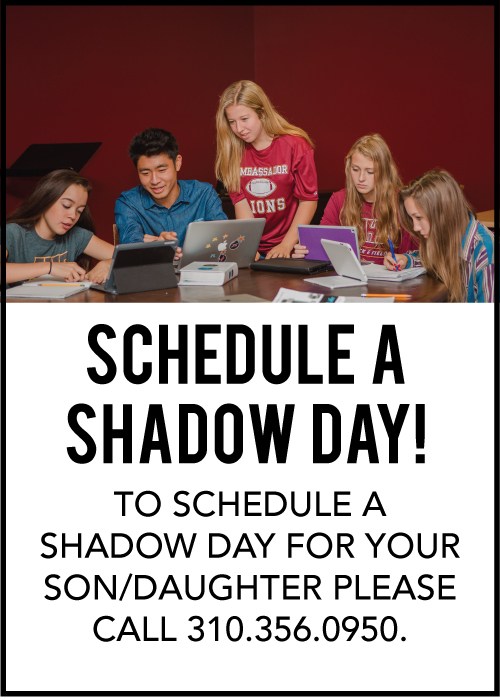