Luke Duperron has an overall coaching record of 58-39 in 5 seasons of coaching at North Torrance and Ambassador Christian high school. In his second season at North Torrance he led the school to a 25-6 overall record and finished 8-2 in conference play. At North Torrance he finished 5th in the state All –Time in 3 pointers made in a career, holds state record for most 3 pointers in a season, and was All C.I.F and all league for three seasons. Receiving a sports scholarship from Biola University, he averaged 9.8 points per game. After college, Coach Duperron received an opportunity to represent Athletes in Action by playing in the Palestine Basketball league. Coach is now in his second season coaching basketball and Cross Country at Ambassador High School and his first serving as Director of Athletics. Coach Duperron is married to Shatera Duperron who teaches AP US History and economics at Ambassador High School and has a future Lion, Hezekiah.

"I have been coaching for many years in both California and the basketball crazy state of Indiana. Thus, I have encountered many coaches throughout my career. Luke Duperron and myself had numerous interactions while hew as the Head Coach at North Torrance High and my current school of South Torrance High. Luke is astute at the strategic and fundamental aspects of basketball. However, he understands how to relate to and guide the improvement of each student in his charge. Luke has great energy and sincere intentions. Many people can possess knowledge, but not everyone is heartfelt in their care for others. Luke comes from a very loving and supportive family. In addition to being a very good basketball coach, he is a genuine person of integrity." 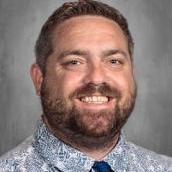